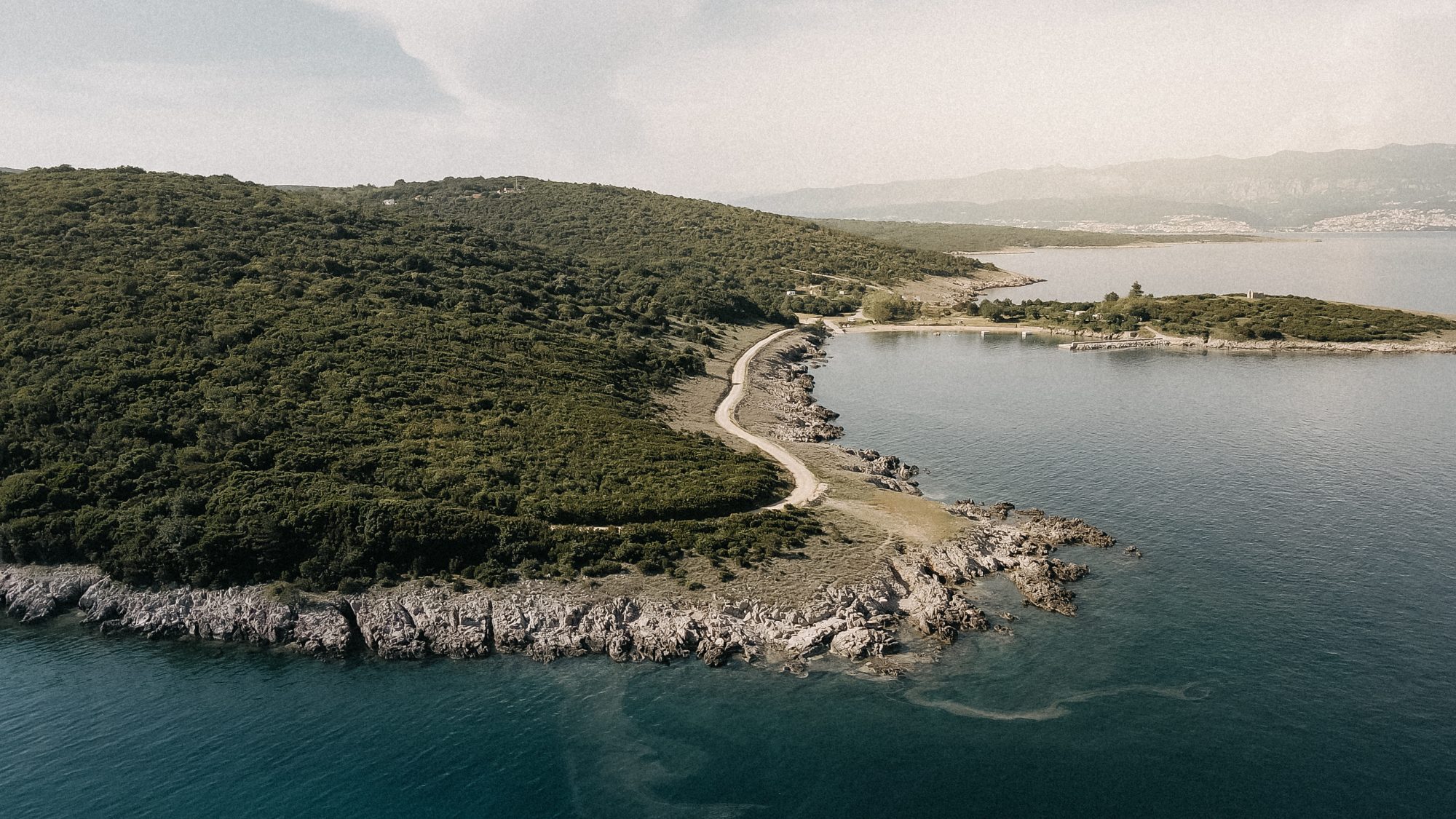 The serpents are rising! A new gravel challenge is about to come! An incredible journey from Ljubljana to Trieste through the most beautiful paths of Slovenia and Croatia.

The capital city of Slovenia, it retains traces from all periods of its rich history. From the legacy of Roman Emona; through the Renaissance, Baroque and Art Nouveau periods; here is where eastern and western cultures met giving life to this unique place.

The symbol of the city is the Ljubljana Dragon. It symbolises power, courage, and greatness; characteristics that riders will need to complete this demanding route.

The Ljubljana Dragon as Slavic myth, Greek legend or Christian symbol for the old ancestral paganism; for us it represents the essence of the adventure. Where fantasy meets reality is where our Seven Serpents route begins!

The Sveta Trojica (Holy Trinity) Hill with its 1123 metres of altitude, is a panoramic peak which is situated southwest from Javorniki. It proudly towers over the Pivka Basin. The panorama is beautiful and offers a view across the entire Pivka Basin and the nearby peaks of Snežnik, Nanos, Vremščica and Planinska gora.

On a clear day, it is possible to see all the way to the Adriatic Sea. The top of the hill features the Pilgrimage Church of the Holy Trinity, which was already mentioned by Valvasor in the 17th century.

We wanted this checkpoint to celebrate mother nature since this national park offers an amazing variety of flora and fauna. The park is home to mammals such as the brown bear, red deer, roe deer, chamois, wild boar, wolf, pine marten, stone marten, badger, weasel, squirrel and dormouse. The most important animal used to be the lynx, after which Risnjak got its name.

The lynx was exterminated during the 19th century but returned to Risnjak three decades ago, after a successful reintroduction project in neighboring Slovenia.

The city is ancient, being among the oldest in the Adriatic Sea. It has been continuously inhabited since ancient times including the Illyrians and later the Romans, and was once part of the Byzantine Theme Dalmatia after the Western Roman Empire had fallen to the barbarians. The main square of the old city is called Kamplin: which is derived from the Latin word “campus”, meaning field. During Roman times, a training area was located here close to the thermal Roman spas.

It is located in the north-eastern part of a wide snug bay which from ancient times served as a good shelter from storms. Thanks to its good position a modern marina with numerous berths was built to the south of the town.  The bay is filled with nice bathing areas – the first beaches are only a few minutes away by walk from the city centre.  Such a position lends itself to developing fishery, seafaring and shipbuilding through the centuries. The city is surrounded with fertile land which allows olive growing from which famous olive oil from Cres is made.

On the site of today’s city, there was a prehistoric stronghold, and then an ancient fortress – Crepsa. Until the arrival of the Croats in the 9th century, it was inhabited by Liburni, but there are traces of Greek, Roman and Byzantine presence.

Set high in the Dinaric mountain range, within the Učka Nature Park, at its top a tower was placed, and functions as an observation tower, TV mast, lookout point, and an observation deck equipped with telescopes offering magnificent views of the surrounding landscapes. The breathtaking views from the tower looks upon the islands Krk, Losinj and Cres, Gorski kotar and Istria peninsula, the Bay of Trieste, the Julian Alps and the Adriatic islands, right down to Dugi Otok and even the Alps and Italy. The stone tower (observation tower) on the top was built by mountain climbers and nature enthusiasts in 1911. During World War I, it served as an Austro-Hungarian military and naval lookout post.

Sečoveljske soline is the largest Slovenian salt evaporation pond. Along with the Strunjan Saltworks, they are the northernmost Mediterranean saltworks and one of the few where salt is still produced in a traditional way, as well as a wetland of international importance and a breeding place for waterbirds. They are part of the Piran Saltworks and are located at Parecag in Slovenian Istria, the southwest of the country, at the Adriatic Sea, along the mouth of the Dragonja River near Sečovlje.

The saltworks have been active since the 13th century. Nowadays, salt production is carried on in order to preserve natural and cultural heritage. The area of the saltworks and the Seča peninsula have been declared the Sečovlje Salina Landscape Park.

At 1,028 metres (3,373 ft) high, Slavnik is one of the highest peaks of Slovenian Istria. It is part of the Čičarija landscape. Tuma Hut on Slavnik, named after the mountaineer Henrik Tuma , stands about 10 metres (33 ft) below its peak. At its peak stands a broadcast transmitter.

It is distinguished by very broad panoramic view. In the direction of north-east one can see in the distance Kamnik-Savinja Alps and closer Nanos, Vremščica, Brkini. To the east one can see Javorniki, Trojica and Snežnik, in the distance also Gorski Kotar, Risnjak, Snježnik. From the east to the south there is Kvarner bay, before that Planik and Učka and Čičarija, as well as Istria. Towards the west one can see the coast of the Adriatic sea and places like Umag, Piran, Koper, Trieste, also Venice. From the west to the north one case see Dolomites, Julian Alps including the highest mountain in Slovenia Triglav, as well as the Karawanks.

Is a city and seaport in northeastern Italy. It is located towards the end of a narrow strip of Italian territory lying between the Adriatic Sea and Slovenia.

The name of the oppidum Tergestum originates from the three battles the Roman Army had to engage in with local tribes, “TER GESTUM (BELLUM)“. Other hypotheses state that the original Celtic name of the city, Tergeste – with the -est- suffix typical of Venetic – derives from a hypothetical Illyrian word; *terg- “market”, etymologically related to Old Church Slavonic tьrgъ “market”.

The heart of the city is the most beautiful and most symbolic of all its squares, Piazza Unità d’Italia. The buildings around it perfectly summarise Trieste’s history. However, the most spectacular side of the square is the one facing the sea, from which a pier, the Molo Audace, extends for over two hundred metres.

sevenserpents.cc
•
Follow
Seven Serpents 2023 and Quick Bite! routes are including two ferry crossing of about 25 minutes each. No worries, we'll give you the detailed timetables with the manual and we assure you that there are so many ferries running that it's almost impossible to "waste" time 😜💯 We also saw dolphins 🐬 while crossing from Krk to Cres! 📸 @foto.nico.la . . . #serpentsarerising #sevenserpentsgravel #7SG2023 #quickbite #wiliertriestina #raisethebar #pasol #vivifuori #infini #movinginstyle #bikepacking #bikepackinglife #cyclingadventures #ultracycling #cycling #gravel #gravelgrinder #ridegravel #outsideisfree #naturelovers #cyclingshots
View on Instagram |
3/9 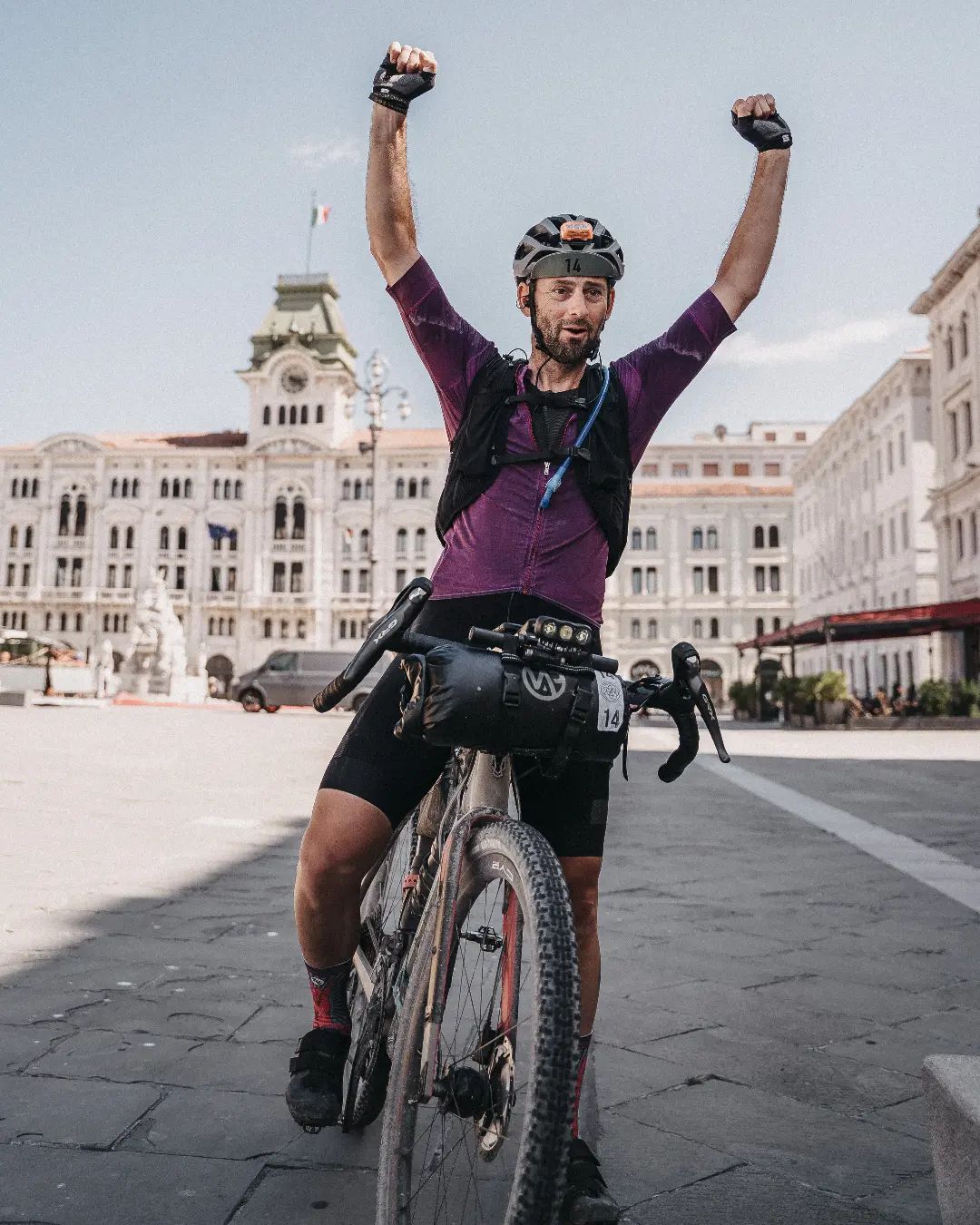 sevenserpents.cc
•
Follow
That's right! Today we opened registrations for 2023! 💥 We already have a lovely bunch of little Serpents on our rider's list and we can't wait to meet all of them! 🐍 If you want to register to Seven Serpents 2023 or to the first edition of Quick Bite! just follow the link in bio ⤴️ 📸 @masie.mp4 . . . #serpentsarerising #sevenserpentsgravel #7SG2023 #quickbite #wiliertriestina #raisethebar #pasol #vivifuori #infini #movinginstyle #bikepacking #bikepackinglife #cyclingadventures #ultracycling #cycling #gravel #gravelgrinder #ridegravel #outsideisfree #naturelovers #cyclingshots
View on Instagram |
6/9 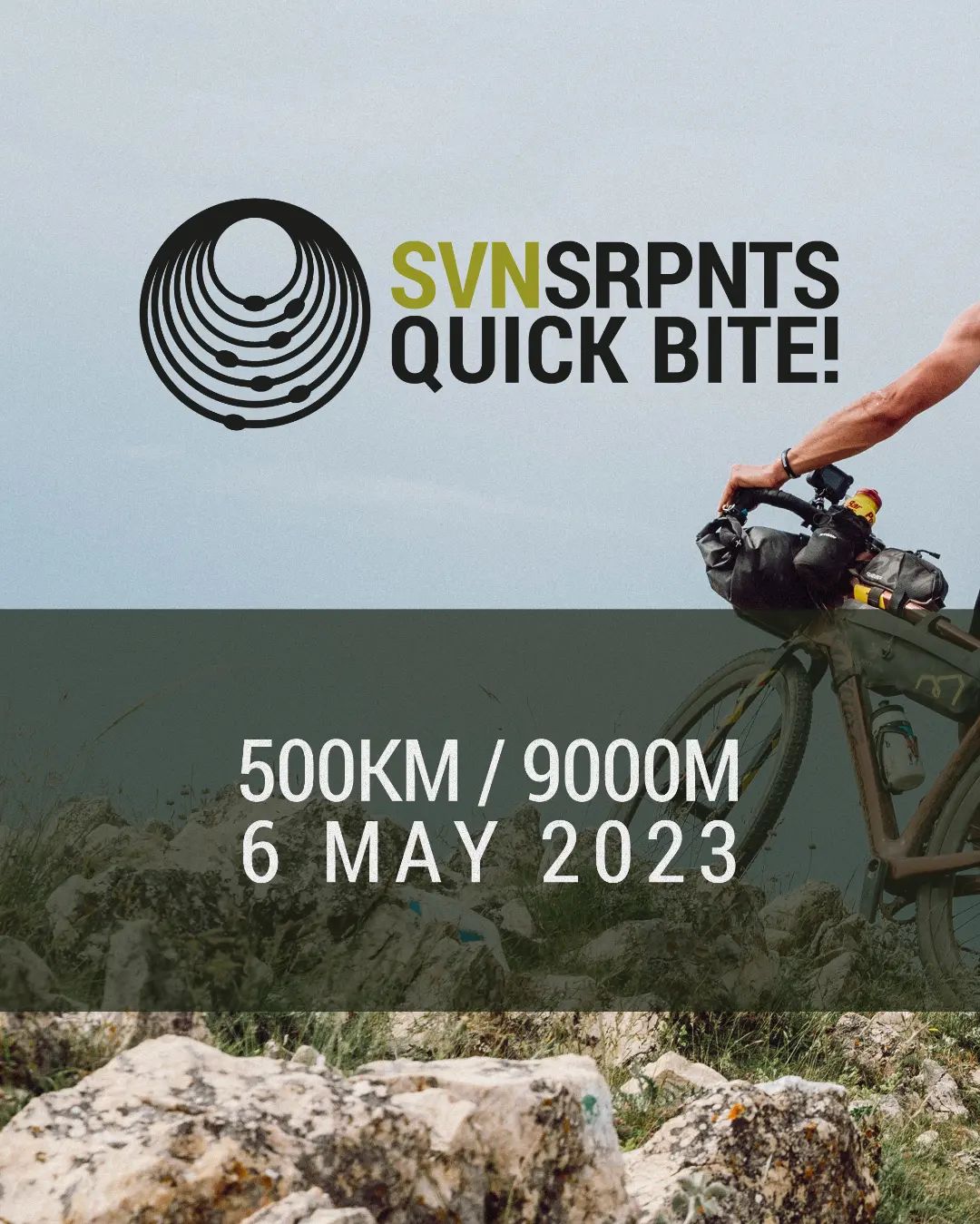 sevenserpents.cc
•
Follow
Seven Serpents: Quick Bite!  is the smoother and "shorter" version of Seven Serpents 💥🚀⚡ It's a route for riders who want a good warm-up for the season, with a mostly smooth gravel and almost no hike-a-bike sections 😇🪨 🐍 You want to give a good push all the way to the finish? Or maybe you want a more relaxed ride to approach the gravel/bikepacking scene? Then keep this in mind: ▪️Ljubljana to Trieste; 6th May 2023 ▪️500km / 9000m through some of the most stunning sceneries of Slovenia, Croatia and Italy 🇸🇮🇭🇷🇮🇹 Registrations opening wednesday October 19th! With the support of @fmchallenge 🖤 . . . #serpentsarerising #sevenserpentsgravel #7SG2023 #quickbite #wiliertriestina #raisethebar #pasol #vivifuori #infini #movinginstyle #bikepacking #bikepackinglife #cyclingadventures #ultracycling #cycling  #gravel #gravelgrinder #ridegravel #outsideisfree #naturelovers #cyclingshots
View on Instagram |
7/9 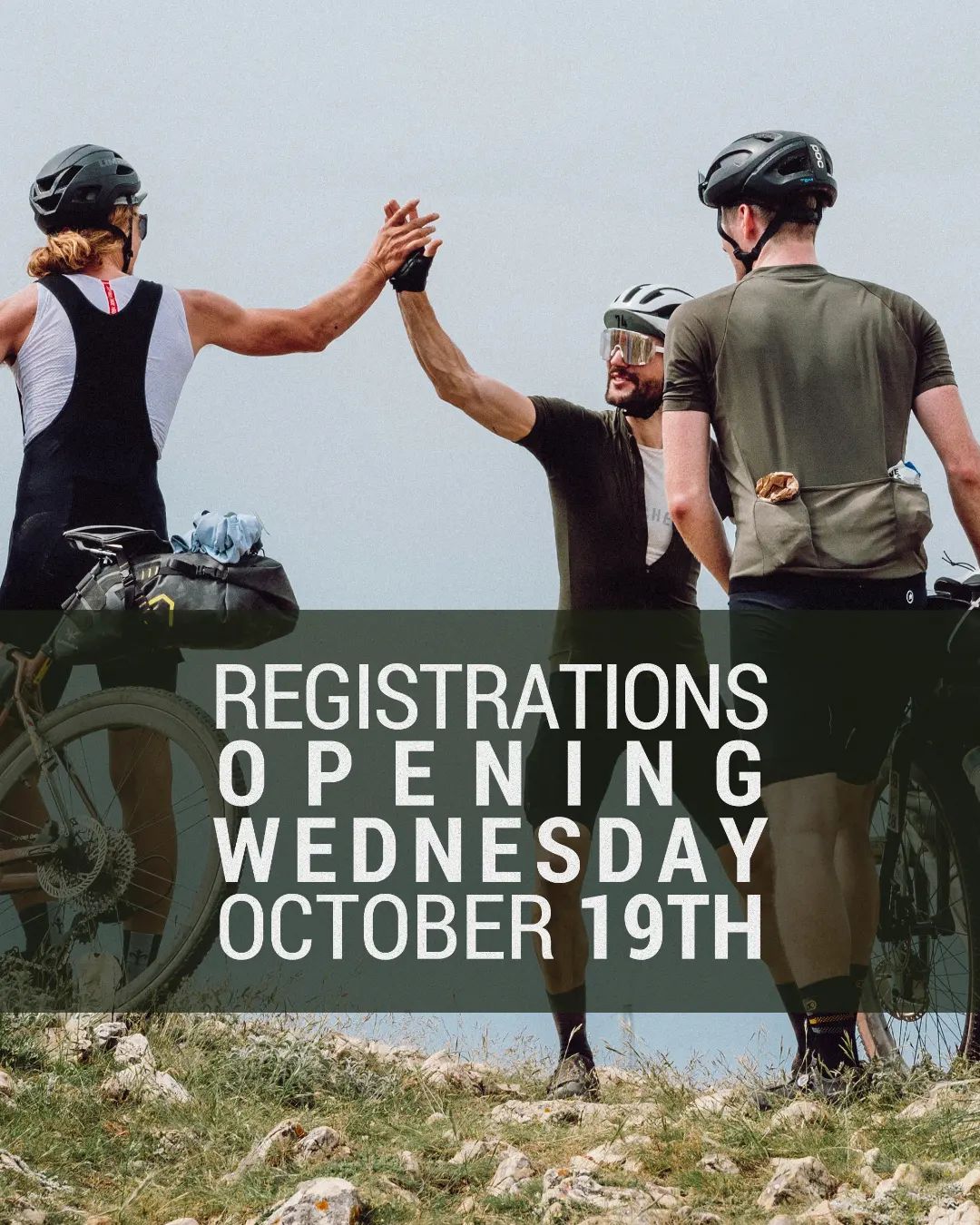 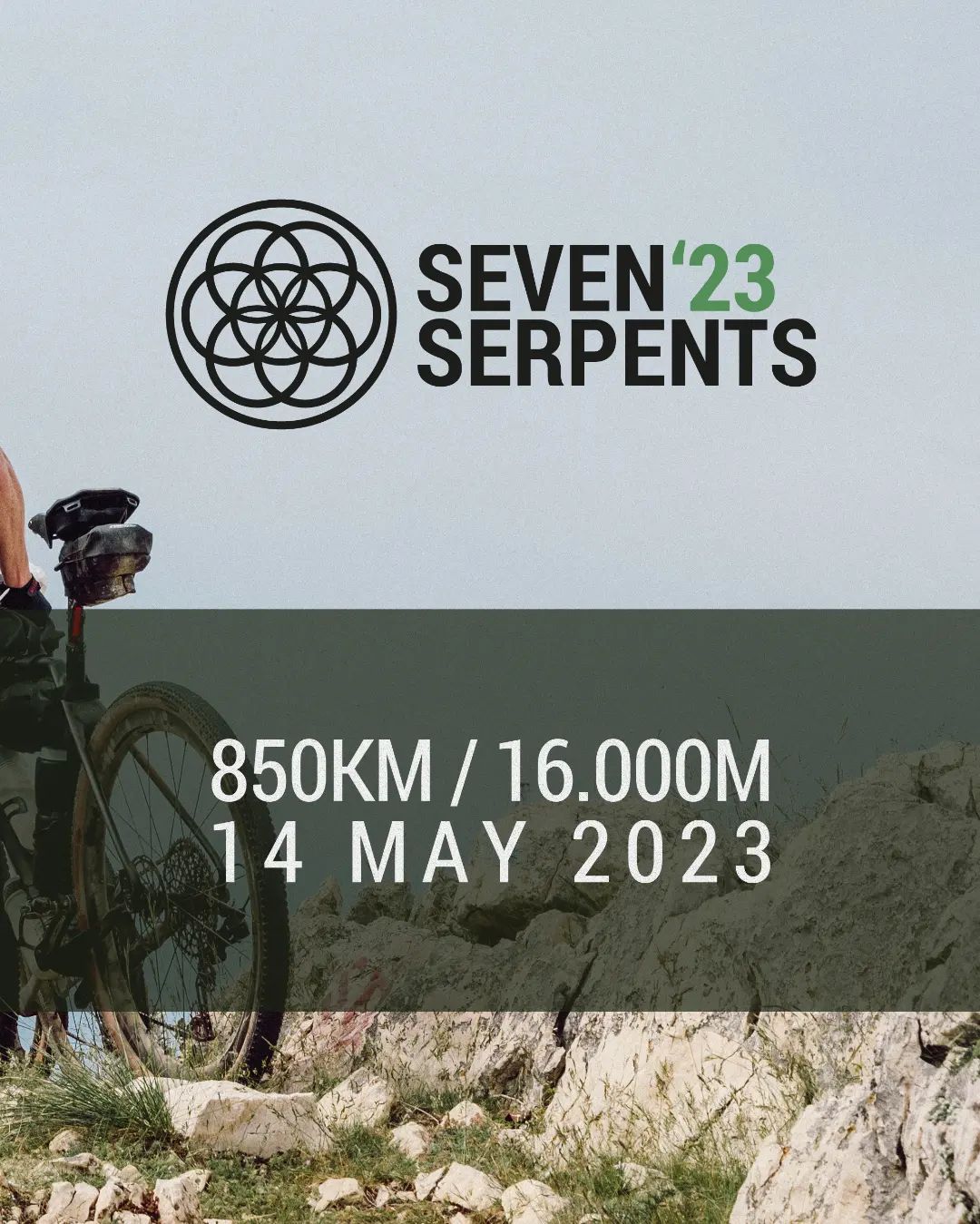 sevenserpents.cc
•
Follow
Seven Serpents 2023 is waiting for you! We're working hard to make it happen but we already know that it will be a blast! 💥🚀⚡ With some tiny changes the route will be even nicer, more intense and of course quite challenging! 👀👌🤯 Once again this will be a huge but rewarding experience meant for people who like to overcome their limits! You want to discover new places on incredibly wild sceneries? You feel like starting the season with a big challenge in order to be prepared for your next adventures? Then keep this in mind: ▪️Ljubljana to Trieste; 14th May 2023 ▪️850km / 16.000m through some of the most stunning sceneries of Slovenia, Croatia and Italy 🇸🇮🇭🇷🇮🇹 Registrations opening wednesday October 19th! With the support of @fmchallenge 🖤 . . . #serpentsarerising #sevenserpentsgravel #7SG2023 #quickbite #wiliertriestina #raisethebar #pasol #vivifuori #infini #movinginstyle #bikepacking #bikepackinglife #cyclingadventures #ultracycling #cycling  #gravel #gravelgrinder #ridegravel #outsideisfree #naturelovers #cyclingshots
View on Instagram |
9/9
View on Instagram
We use cookies and other tracking technologies to improve your browsing experience on our website, to show you personalized content and targeted ads, to analyze our website traffic, and to understand where our visitors are coming from. If you continue to navigate on this site we will assume that you are happy with it.OkPrivacy policy